DC Comics are lucky to have him. Ladies and Gentlemen, meet Dave Wilkins

"Don’t draw what you perceive as popular" 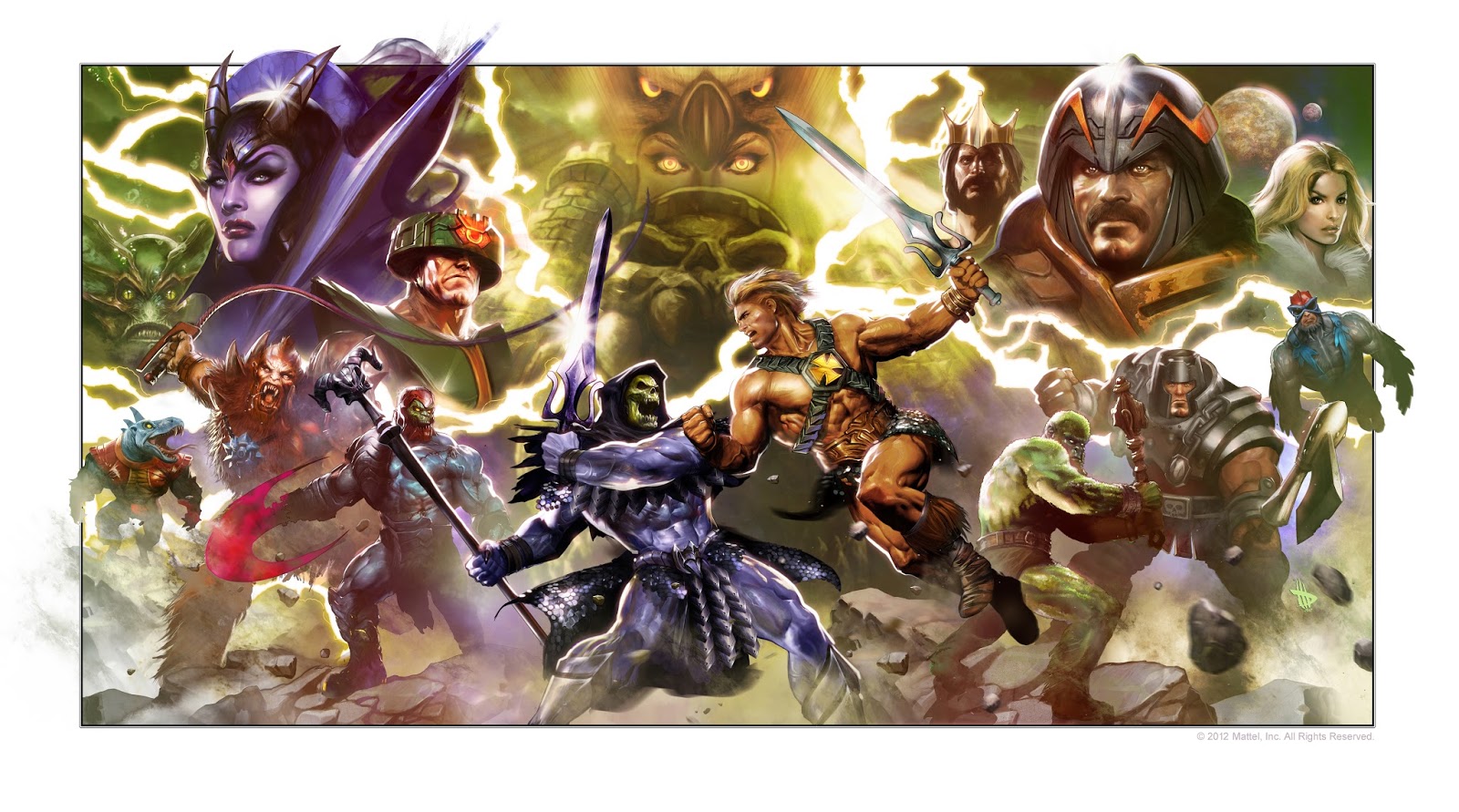 Q1. In your own words please explain what it is that you do.

I am a concept and comic book artist.  I’m either drawing Monsters, Aliens, or Superheroes at some point of each day.
Q2. Did you feel pressured in school to follow a more traditional career path?
Not really, I grew up for the most part in Charleston, South Carolina. There really weren’t very many options for an artist, you either painted historic scenes to sell to tourists or did graphic design for local businesses. My family encouraged me to go into architecture because it had real world application. I went to a tech school for graphic design. It was the only program near where I lived that involved art.  At the time, it was cutting rubylith for Newspaper editorials or learning Corel draw. (Yup that old it wasn’t even Corel Painter yet!?!)
Q3. Was Art your favorite subject in school?
Of course! My high school only offered one art class, but I took it every year.  English was a close second.  I loved doing book reports one Greek, and Norse Mythology. 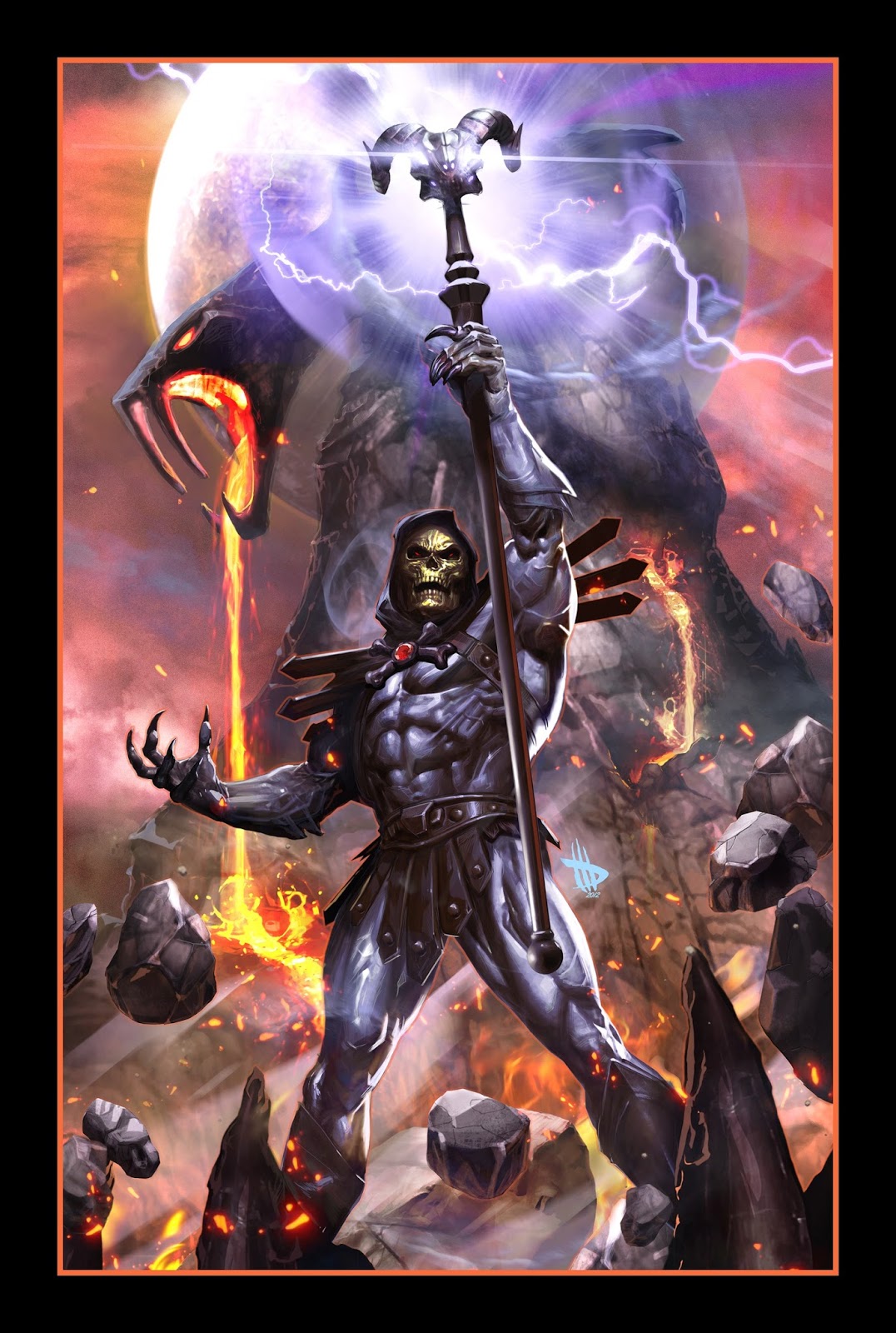 "Skeletor"
Q4. Did you struggle at the beginning of you career to make a living? Was your work ever rejected?
Not really, because I started in gaming. I’d just check myself every week at the comic shop and constantly evaluated how I was measuring up. Then I started going to comic-con every year and when I looked at the advanced guys I knew I wasn’t ready. I never stood in line for portfolio reviews because I knew the editor would be tired after looking at the first 5 guys.
Q5. What was your first proper job in connection with your current career?
Midway Games as a texture artist. I was eventually taught 3-D.  I’m still not a strong modeler, but I still enjoy playing in Maya and Zbrush when I have the time.
Q6. Which artists inspire you and why?
I’m most inspired by new level draftsmanship in comics these days.  Artists like Olivier Coipel, Esad Ribic, Stuart Immonen and Jerome Opena just to name a few. 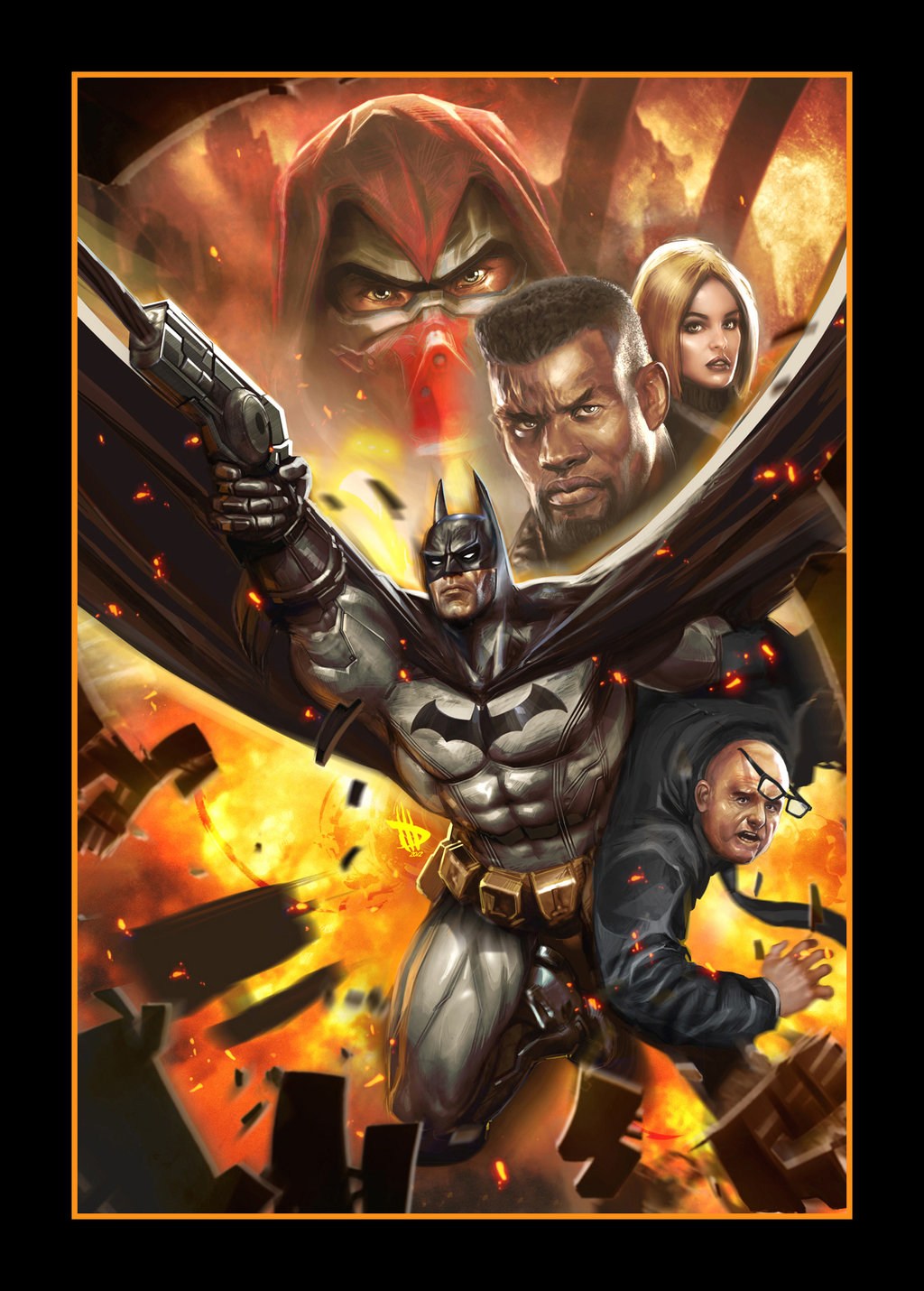 "Arkham Ablaze"
Q7. If you had to find other work, what would you do?
I’d go back to 3-D – texturing and modeling for games. It’s where I started out and since technology has advanced so much it would be brand new again and fun to revisit.  Or finally get into acting, like performance capture and Monster Man work much like Doug Jones, really brilliant guy. 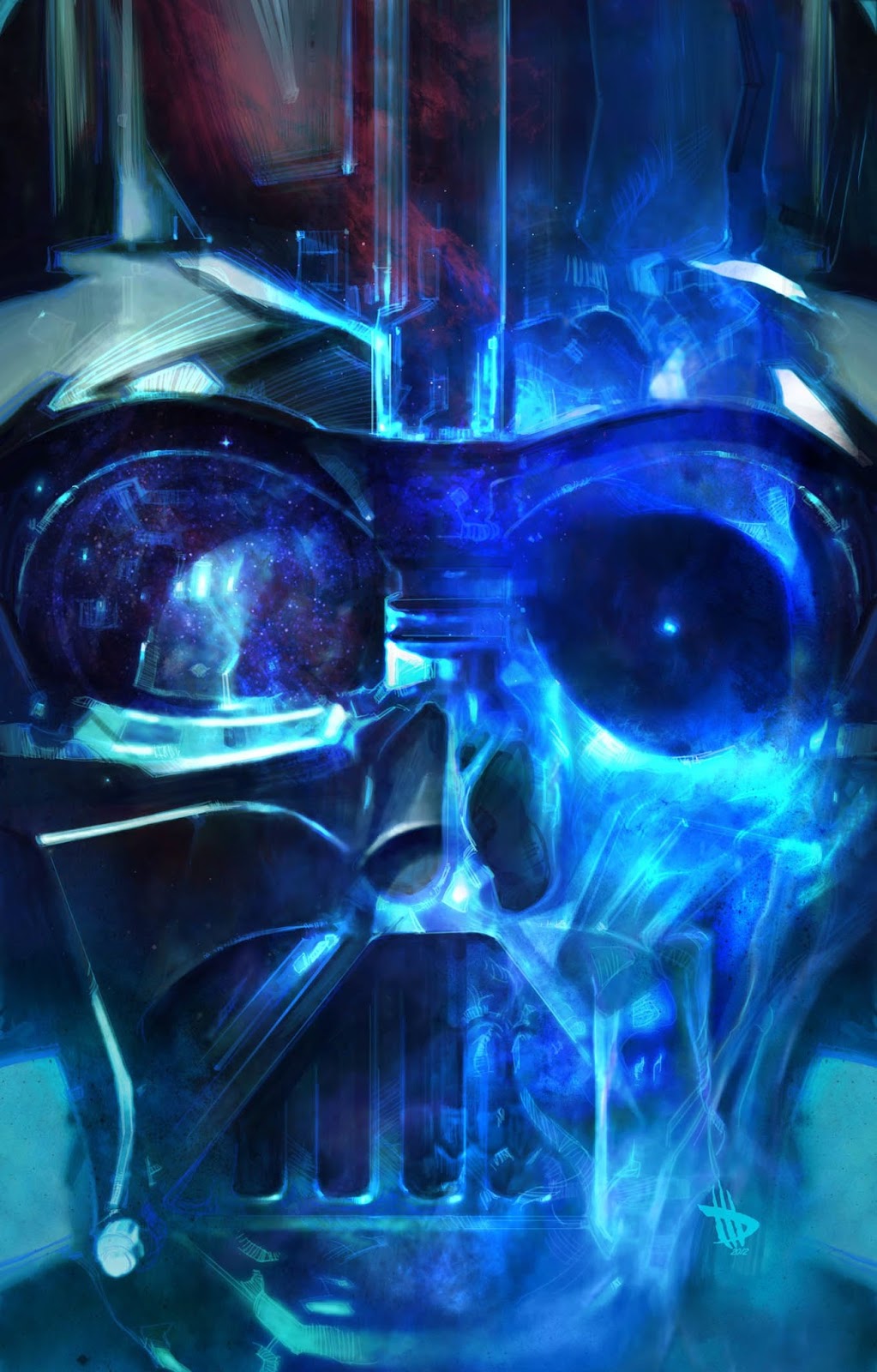 "Scary"
Q8. Tell us a little about how you went from teaching yourself to color and render on Photoshop whilst working at Kinko’s whilst also working as a bouncer, to becoming a professional comic artist working for Marvel Comics. What has it taken to get this far?
Kinko’s does a lot of binding and I made many portfolios of my best work and kept them in my apron. Whenever a customer came in with any Art related career I would hand them a copy. One day the Secretary to Midway Games Art Director came in. I gave her a copy hoping to get a job doing box art and packaging. After Midway looked at my work they felt my Photoshop skills were better suited for production and I could be taught 3D as time permitted.
I’ve only gotten this far because of the work I put in. Right now, I don’t have the dedication an Art student would have to do the hardcore fundamentals that I didn’t have access to in my youth. If I did, my skills would be much more advanced. When I draw it’s for my own joy. My motivation shows through my work.  I think that translates to the viewer.  I flirt with life drawing a bit nowadays, but it all depends on how much I feel like sucking that day. It’s like eating your veggies or going to the gym. You know if you’re out of shape – you have to do it sooner or later. 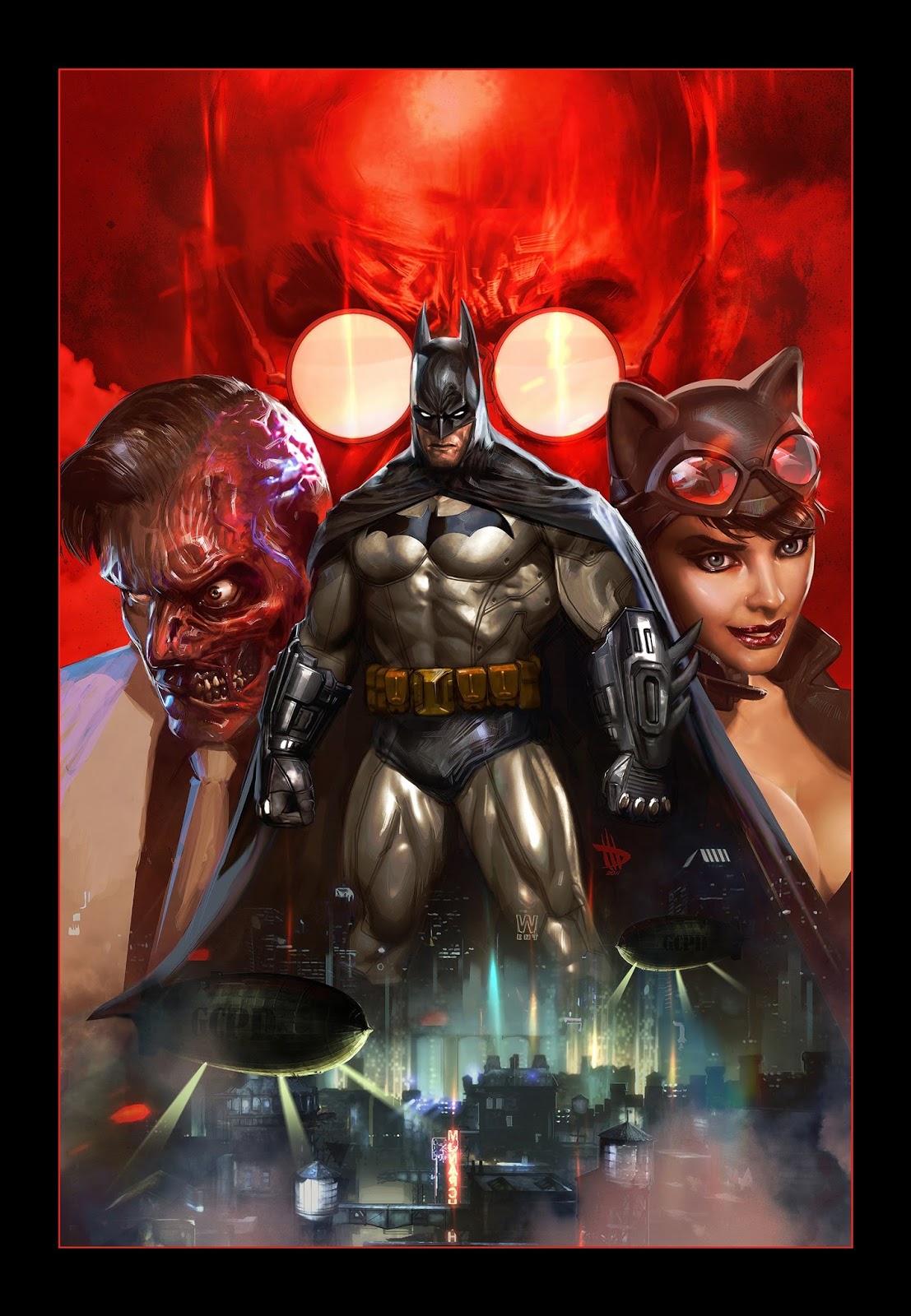 Q9. When generating ideas what are you influenced more from, your imagination or reference material?

Generating the ideas is all from my imagination. Reference is brought in later to generate a sense of realism, accuracy and believability, but I don’t start with it. I’m a big fan of old films so I like to slip 50’s and 60’s actors into current comic covers and stories for fun.


Q10. What is your favourite medium?
A ballpoint pen and copy paper, or a lined notebook…. mostly because there’s no pressure.
I have boxes and stacks of fancy leather-bound sketchbooks but there will only be a drawing or two in them, tops.  I put too much pressure on myself to make a beautiful drawing on every page. Working like that ceases to be fun.
Q11. What advice would you give to people wanting become a professional comic artist?
Don’t draw what you perceive as popular. Focus on what you’re passionate about because it will shine through in your work. And be patient, don’t stop working the craft. 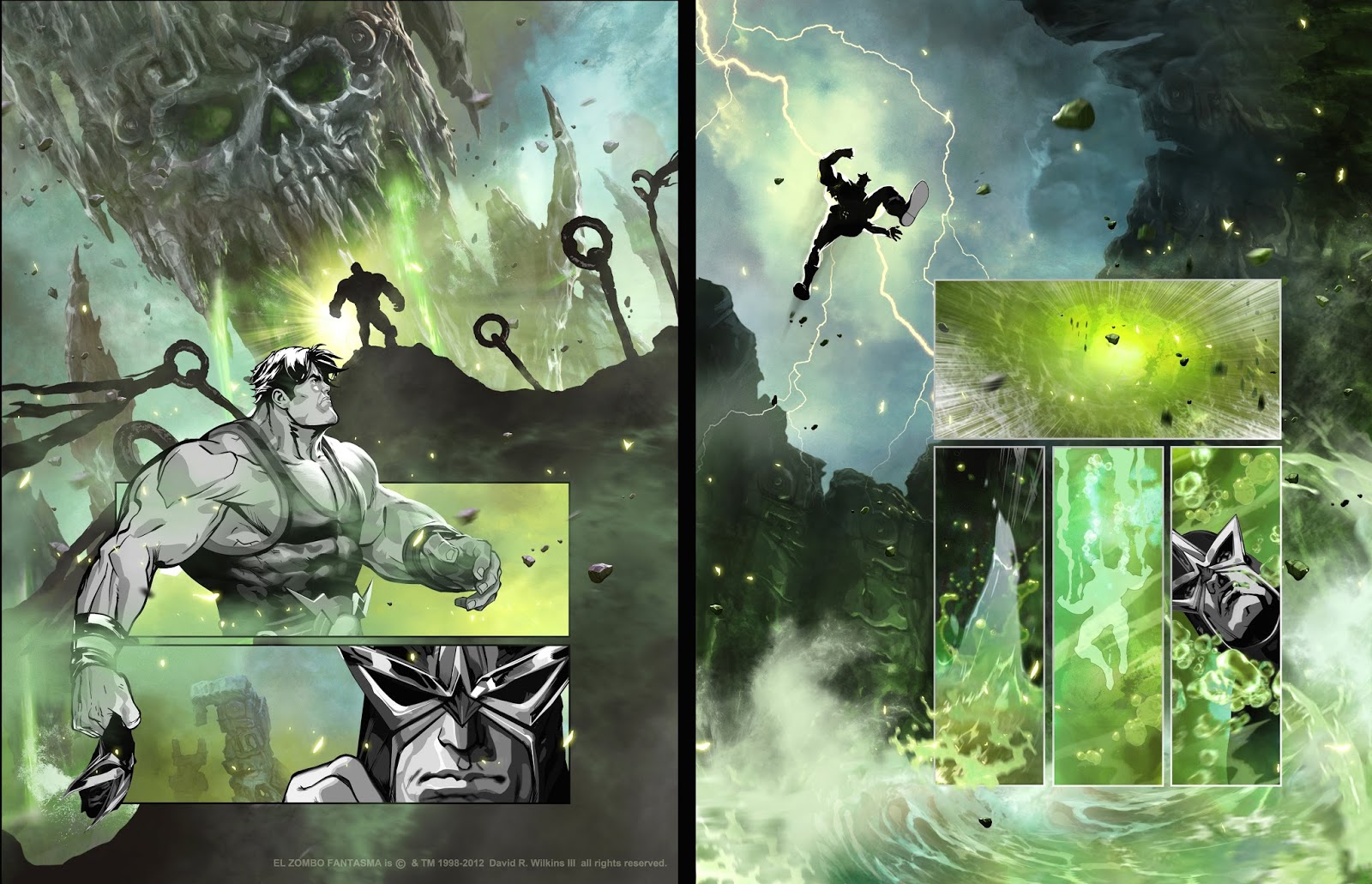 "Zombo"
Q12. How do you feel about the your industry today?
Many aspects seem more formulaic than fun. Some large companies don’t have a spirit of adventure like they did when I was young and first falling in love with comics. Now you see 10 different books from a popular character because they are guaranteed sells.
Q13. Is there anything you are currently working on that you would like to tell us about?
I have a new El Zombo book coming out this fall, as well as my very first art of DW book. And finally, after a long gestating period, Dave Elliot and I are doing our own creator-owned story that will be released this summer. 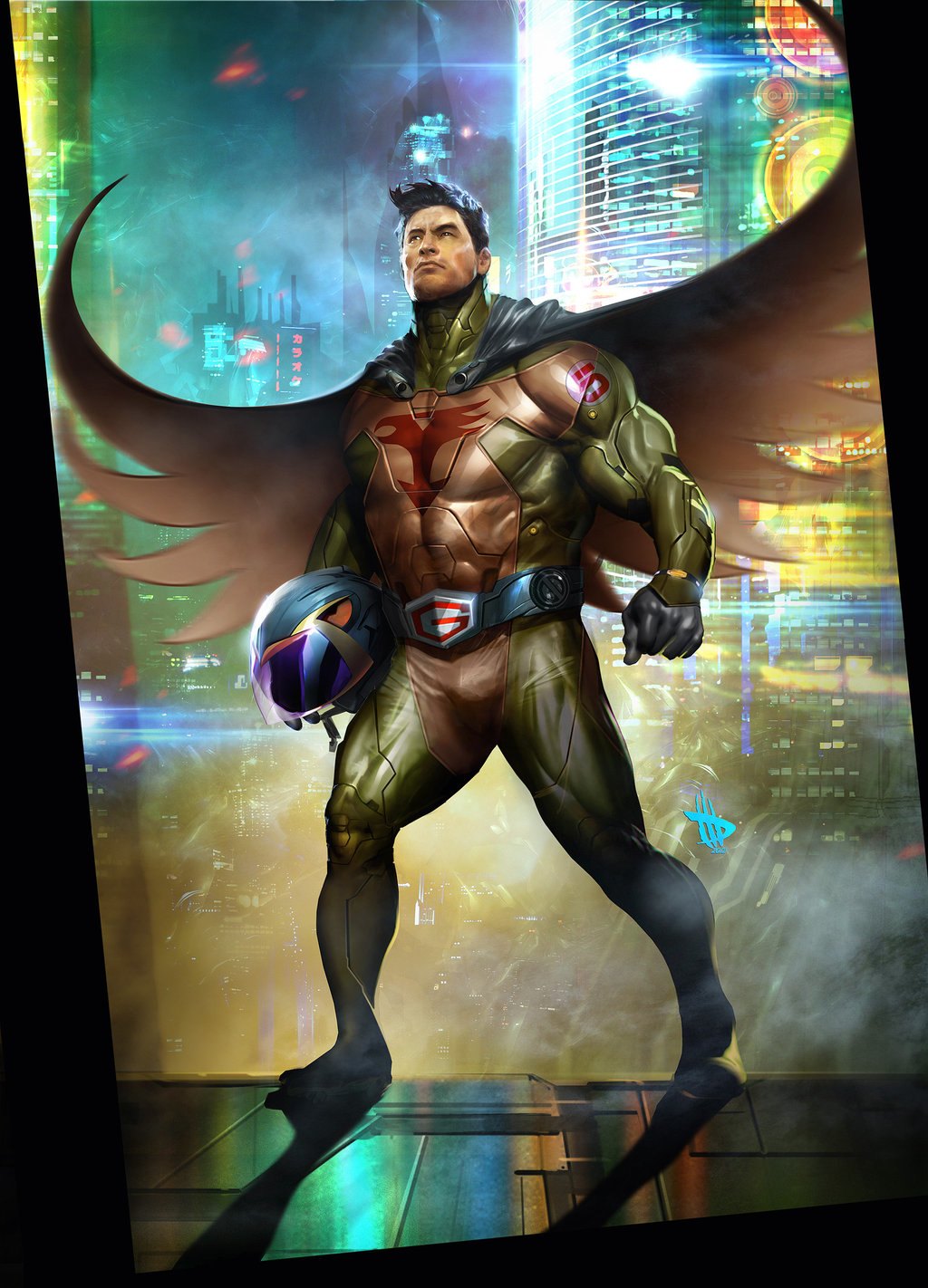 Q14. Is there anyone or any character you are hoping to work with/for and why? How would you go about accomplishing this?
I’ve always been a Batman fan. Also, Conan is pretty high on my list. I would love to do a fully rendered graphic novel of either of those guys one day.  I also have an idea for a Heman One-Shot I’d LOVE to do as well.
Q15. What are the hardships that come with being an artist like yourself?
It seems like I’m working all the time and juggling multiple projects. Sometimes it’s hard to find a good work-life balance. Given harsh deadlines I feel unable to experiment and push my style as much as I’d like.  More often than not I’m in “Get it Done mode”, more than “Experiment and Grow” mode.  Frequently when I’m contacted by the editor, it is already late as hell and I’m expected to make up the time (which is unfortunate).
Q16. What is the greatest thing about working in the your industry?
Everything. I draw monsters and superheroes… and they pay me to do it. That combined with the comradery amongst artists is really special. I wouldn’t trade it for anything, except maybe actually being a superhero. 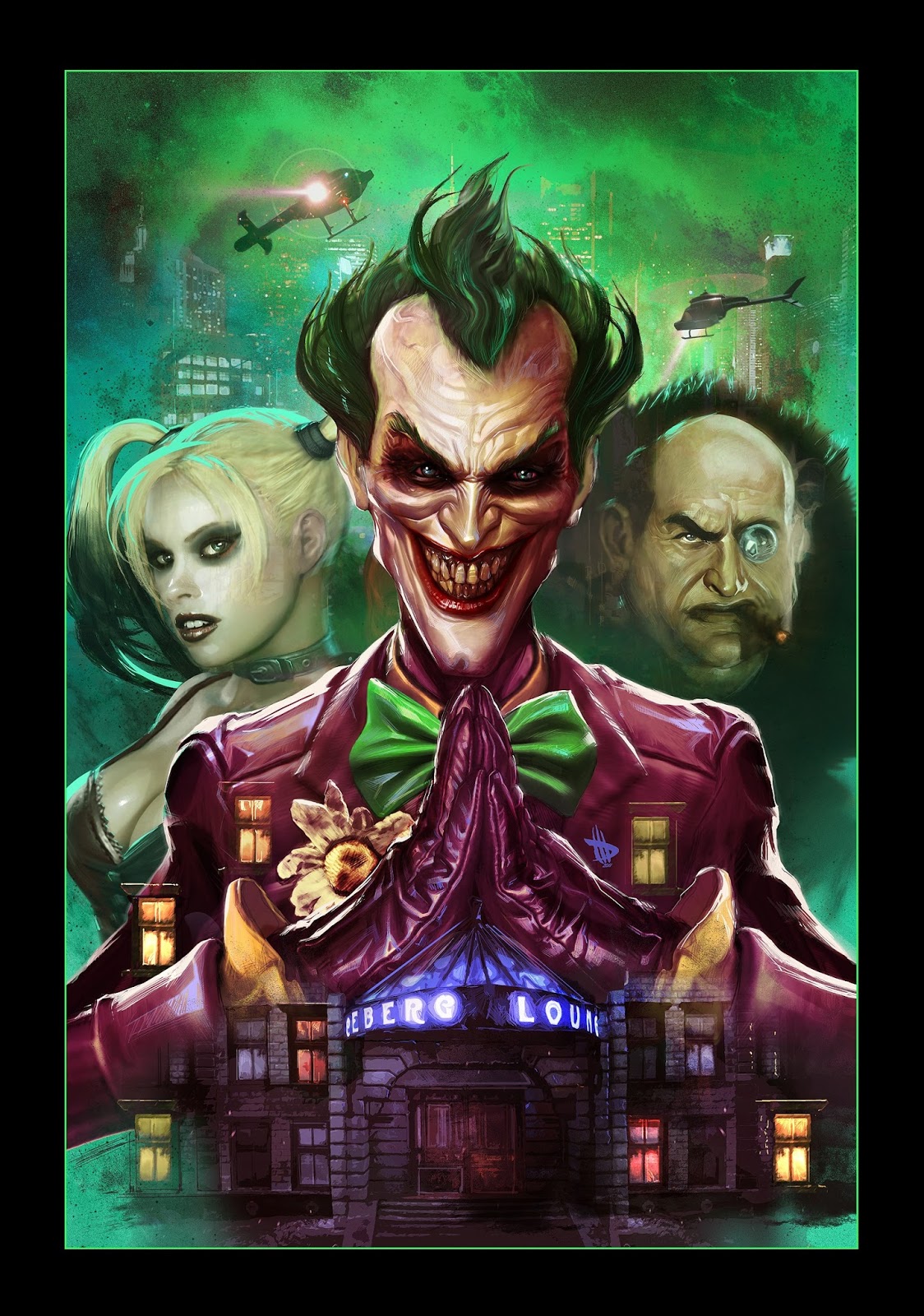 "Nothing To laugh At"
Q17. If you could have asked anyone for advice when you were starting out. Who would you have liked to ask?
What would you have liked to ask?
What would be your answer now if asked the same question?
Not sure if I would have asked anything specific. Fortunately, I was told early on “Draw all the time and when you’re ready you’ll know and so will everyone else. I’d have to say looking back it’s totally true.  Trust your gut and work, time is irrelevant, just do the work.
Q18. What courses/classes would you recommend someone take if they want to be a professional in a similar field as yours?
Life drawing, as much as possible. And not just in the classroom or out of magazines (which is great btw) – But in restaurants, on park benches, at the mall. Just draw your world. 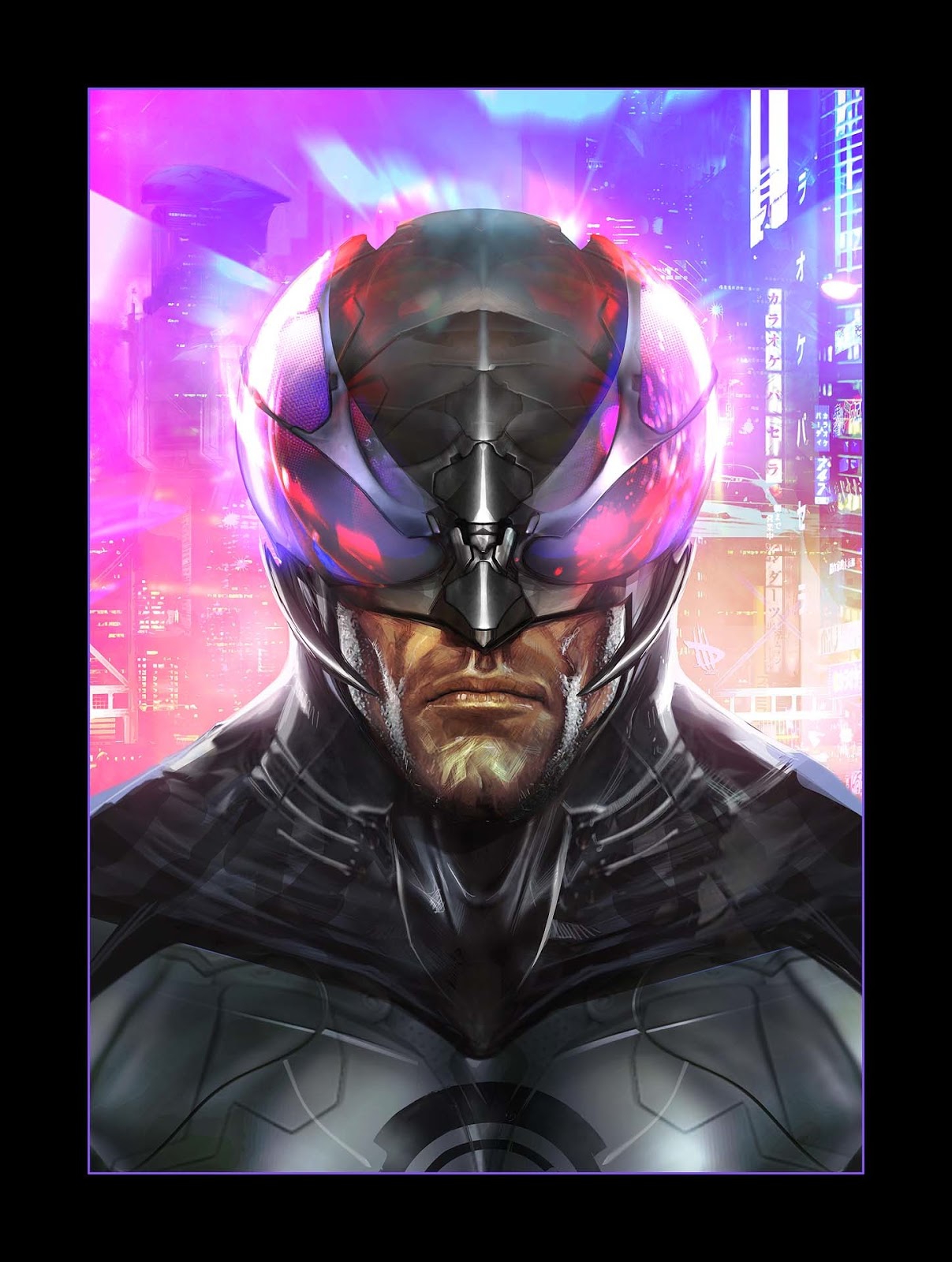 "Dragonfly"
Q19. How easy is it to get an apprenticeship in the comic world?  What do you need in order to get a place?
That really all depends on location right now. How close you are to a working artist or studio. Depending on these factors can help with the intership.
Q20. Using the recent Skeletor image where he is standing in front of Snake Mountain. How much time do you commit to such an image and what is the process you take to creating it?
I’m not the fastest guy out there. It’s probably a 7 to 10 days turn-around from sketch approval to final. I only work a few hours a night as I have a day job; that said total hours are about a week.
Q21. Share with us your proudest moment in your career so far?
My first Batman cover 100%, Batman’s my guy, period. Frank Miller’s Dark Knight Returns was the spark and Bisley’s Batman Dredd sealed the deal. I was gonna make comics come hell or high water, and that cover finally made it official for me personally.
Website: http://www.davewilkinsart.com/ 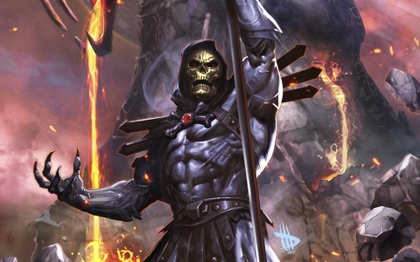